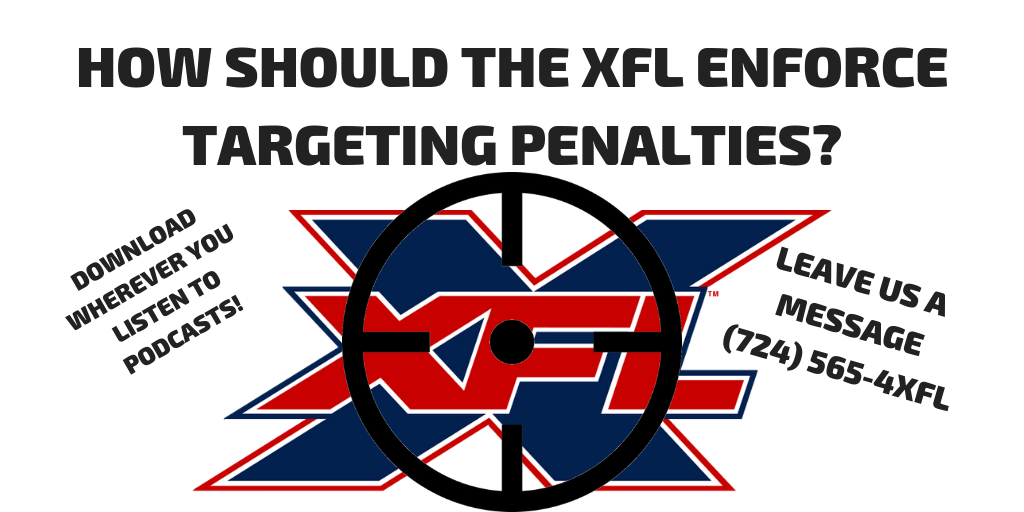 The NCAA and NFL enforce targeting in different ways but both have rules in place to keep the game safer. This week’s Hot Read features a debate on how to best enforce this rule while also preventing things like players being ejected for hits that maybe are not as violent as referees see at first glance. We also hear from XFL fans with another “XFL Coast to Coast” segment!

As part of the Cover 2, there is speculation on why the timeline on city announcements is seemingly getting pushed back. Alan, Jake, and Vince also discuss how the XFL can keep the spirit of the original incarnation of the league without having as many silly gimmicks that led to it’s downfall.

How should the XFL enforce targeting?

One Reply to “This is the XFL Show Episode 39: Targeting”

Live (on tape)! From Hawaii/The Burgh…it’s a brand new episode!

Ja’Marr Chase looked good today! He also said some things that got us into a heated debate on the latest episode! Check it out! #ForTheLoveOfFootball @XFL2023